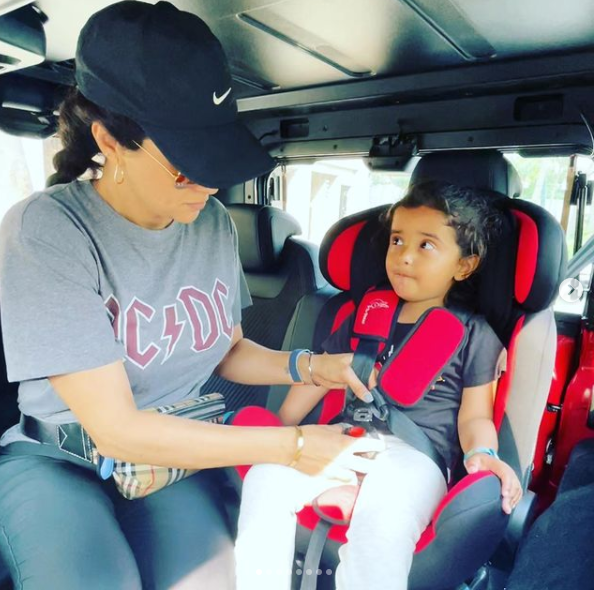 Gul Panag is an Indian actress, voice actress, model, and former beauty queen who competed in the Miss Universe pageant tells how his son travel with her in the car.

A lot of you have asked me about Nihal travelling in his car seat , so here goes.

From the first day he sat in the car , he has been in a car seat. No lap ( godi). It was non negotiable when friends and family said – “it’s ok, he’s so small “. We stuck to our car seat rule. He has known no other way.

Now he loves his car seat . It gives him greater visibility to look out and keeps him comfortable. And most importantly keeps him safe !

Swipe to see him over the years !

It bears mentioning that sitting with children in the lap in the front seat is very dangerous . And having them sit on lap of driver while driving is avoidable ! This is due to airbag impact and subsequent suffocation incase of impact.

P.S. we have two exact same car seats, to make sure we never have an excuse in a hurry that “ oh, there’s no car seat available, let’s just take him without one “.