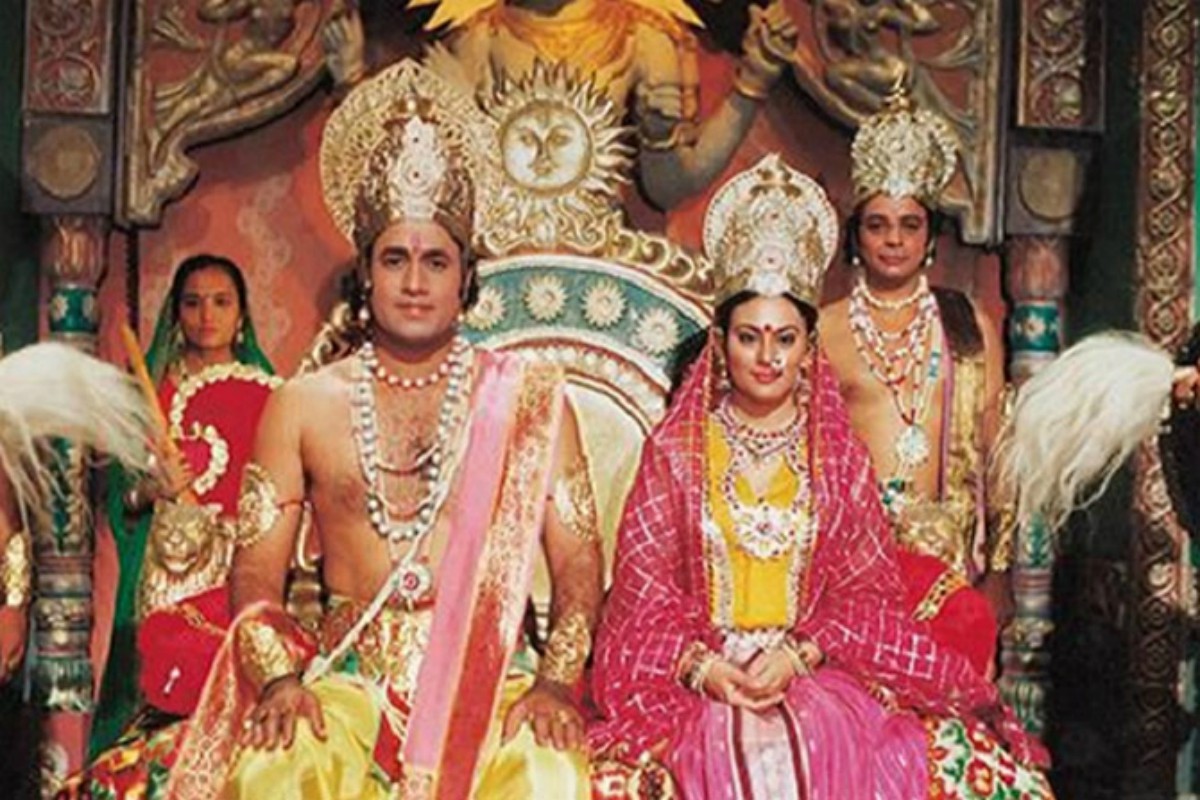 Indians hold many bizarre world records, like that of the longest hair, holding the highest number of straws in the mouth, or fifty-eight people riding on a single bike. Yet another record was grabbed by India when seventy-seven million Indians saw Ramayana on DD National in the evening on April 16.

DD National gave the news on its official channel. And soon, the tweet became viral.

Ramayana viewers replied instantly to the tweet, feeling as bricks in a great wall.

Earlier, the record of highest viewership was made by the American sitcom The Bang Theory. On May 16, 2019, the two-episode finale of the final season was aired. Those two episodes attracted a collective viewership of 18.5 million people watching the show live.

The second position in the list of highest viewership was achieved by the last episode of the 8th season of the highly acclaimed show The Game of Thrones. 17.4 million saw the last episode of the show live. As soon as DD National disseminated the news of its record-breaking, people started comparing it with the other two shows.

Just in a few hours, the hashtag #RamayanSetsWorldRecord started to trend on Twitter and remained on the trending list for the next few hours.

The rerun of the record-making Indian epic was finished on April 18. After that, Uttar Ramayana was started in the same slot on DD National. It’s like a sequel of usual shows. In Uttar Ramayana, the story of Lord Ram and his twins- Luv and Kush- is depicted.

Though, the serial attracted more than expected eyeballs when it was first aired on Doordarshan in 1987. The show is directed by Ramanand Sagar, and the cast includes old-but-gold artists like Arun Govil, Deepika Chikhlia, Sunil Lahri, Sanjay Jog, Sameer Rajda, and Dara Singh.

Want more content like this? Head on to our entertainment section. You’ll get suggestion posts there, like the latest shows to binge-watch or oldest shows to have nostalgia. Keep reading Yourfeed.

Tips to get your own haircut at home

Tips to get your own haircut at home